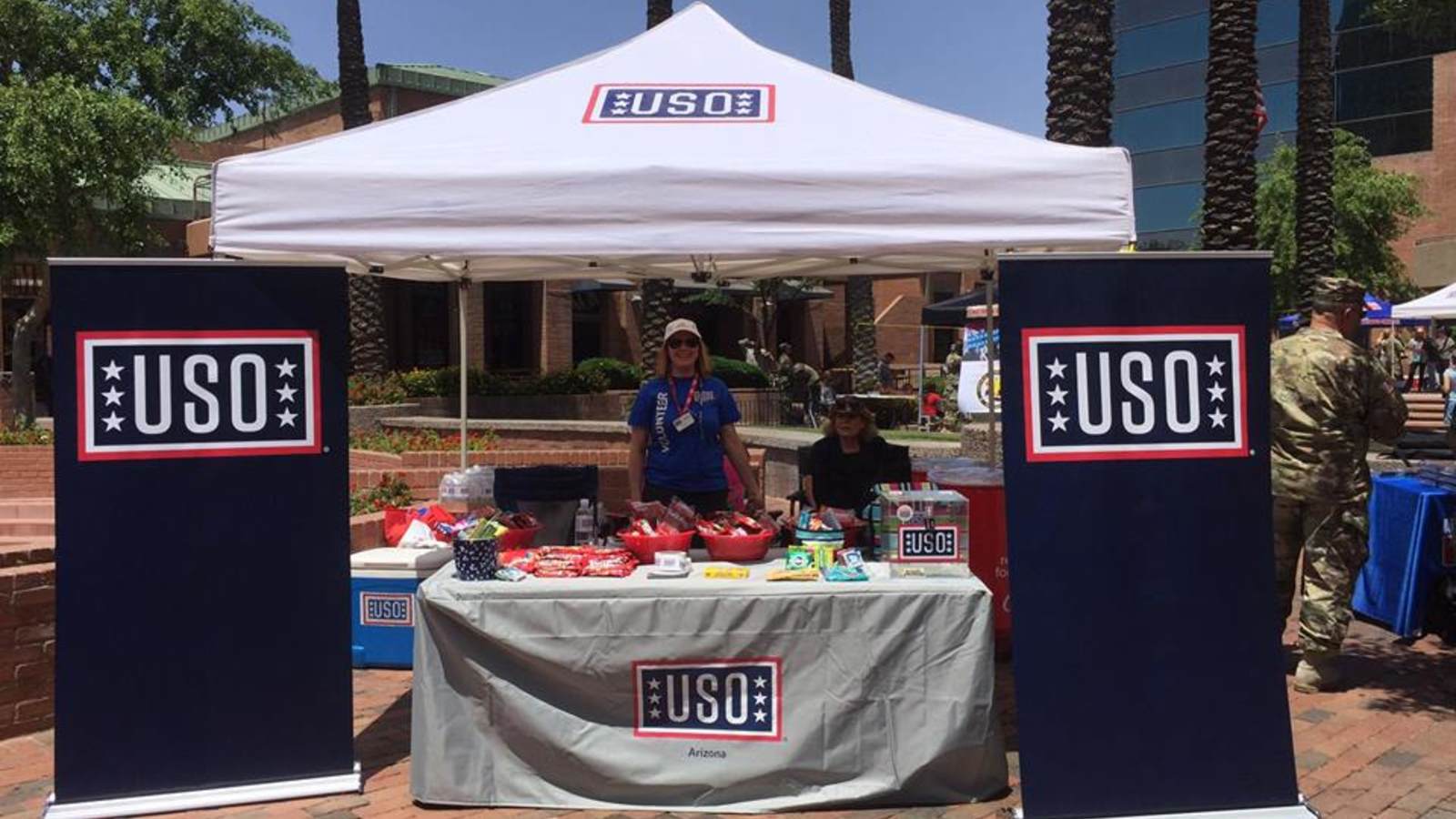 USO volunteers, set up and ready to go! 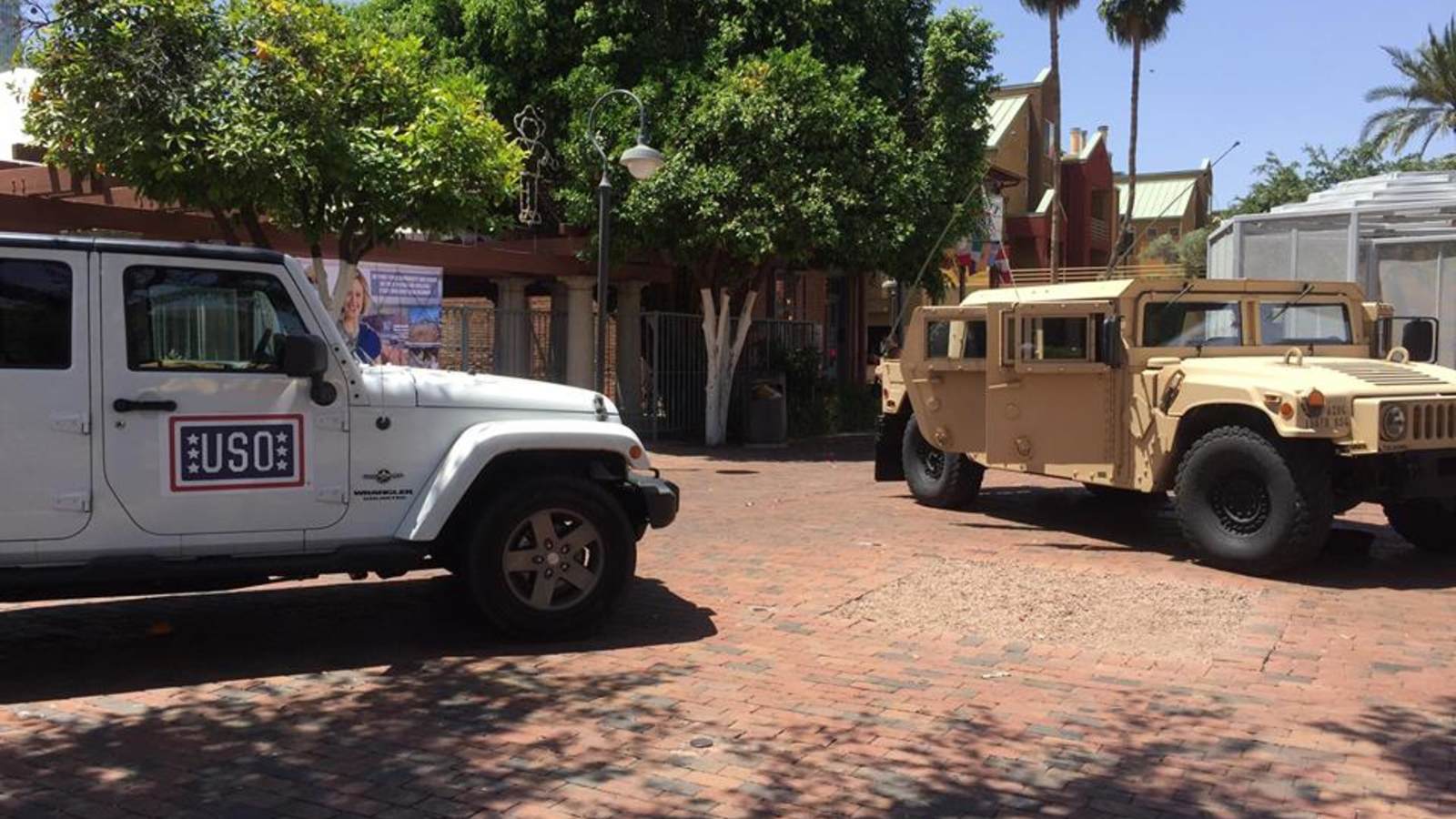 The USO Jeep and an Arizona National Guard HMMWV 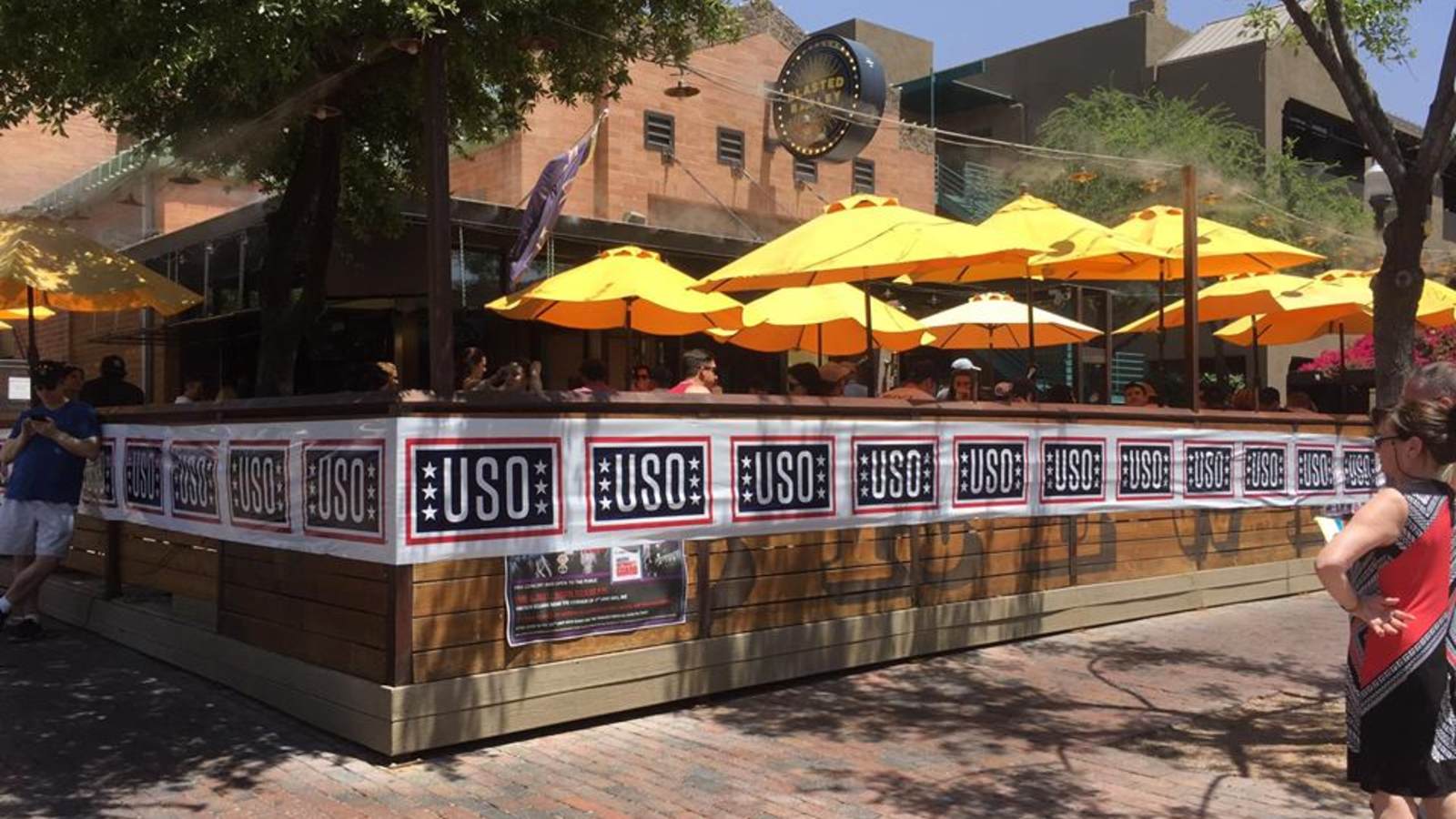 Blasted Barley hosted guests with a delicious lunch and misters to cool down. 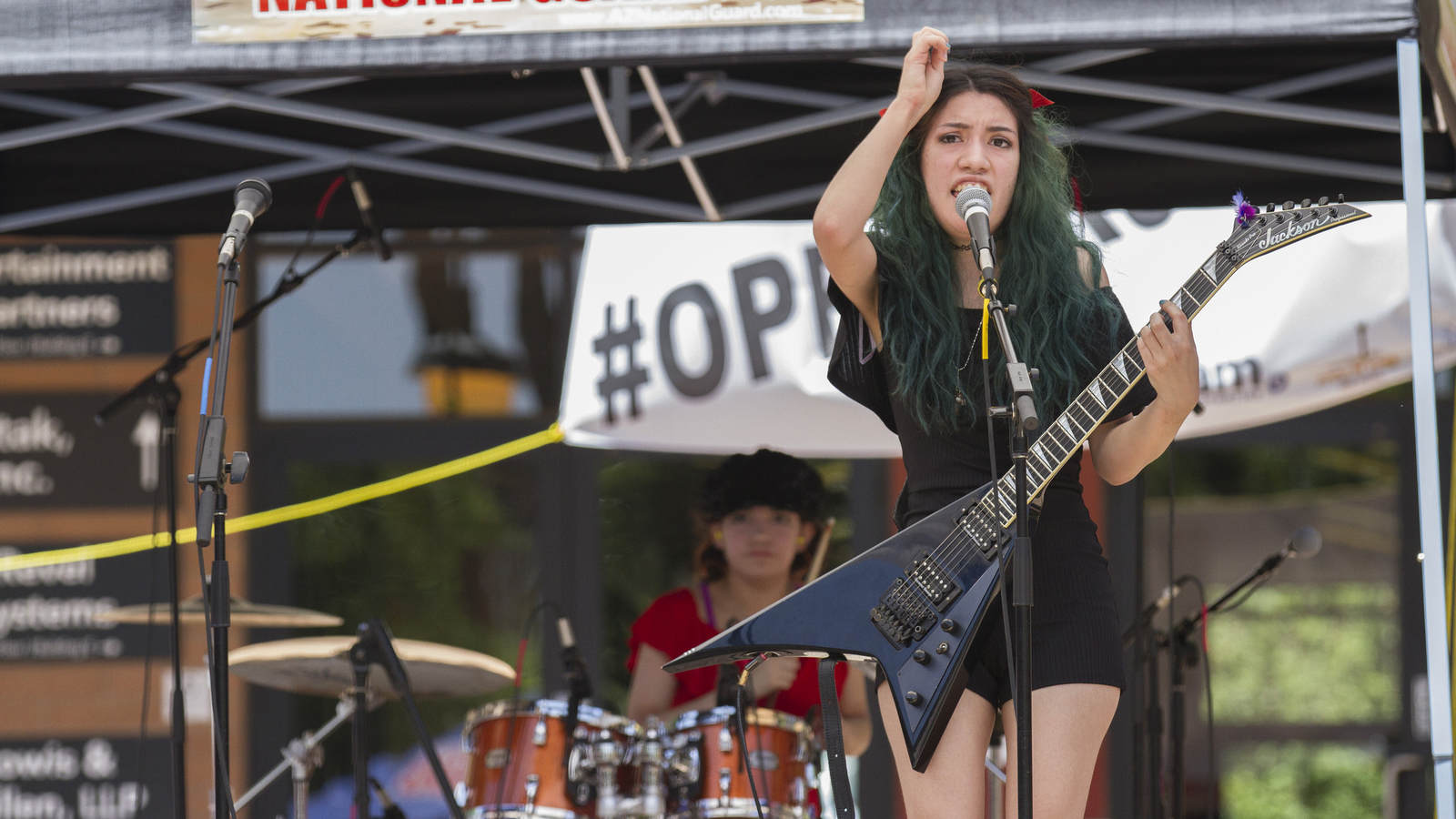 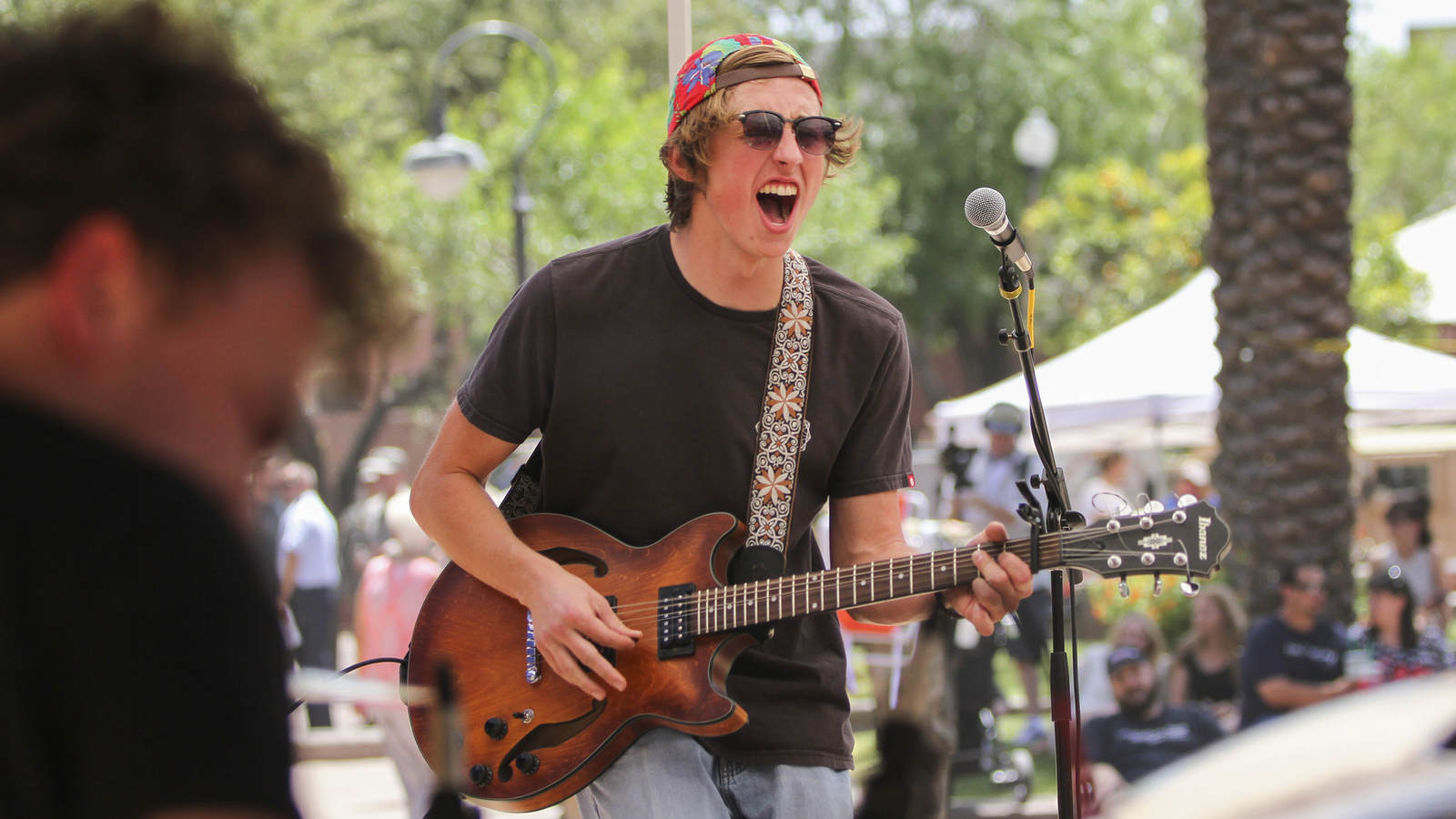 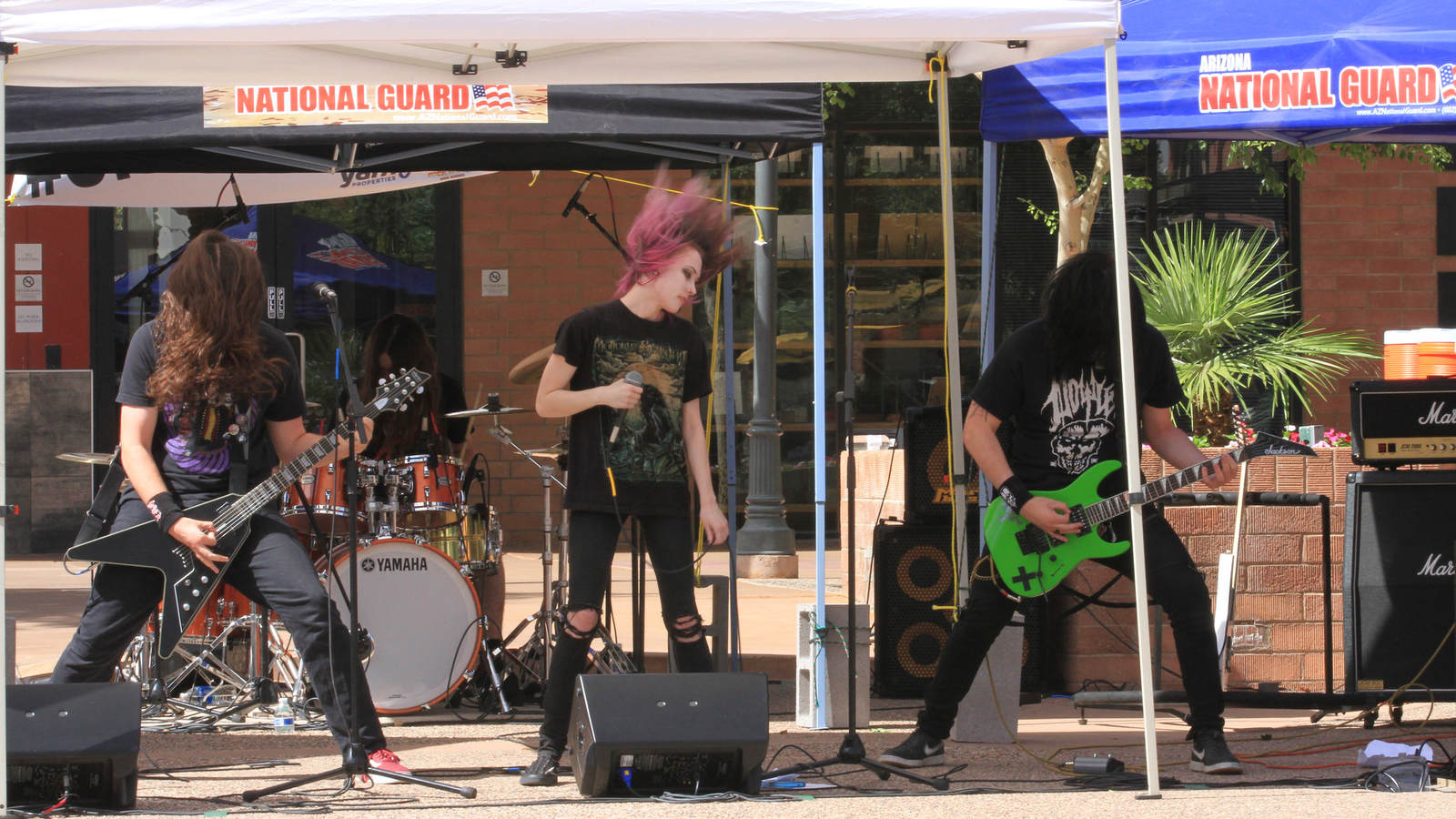 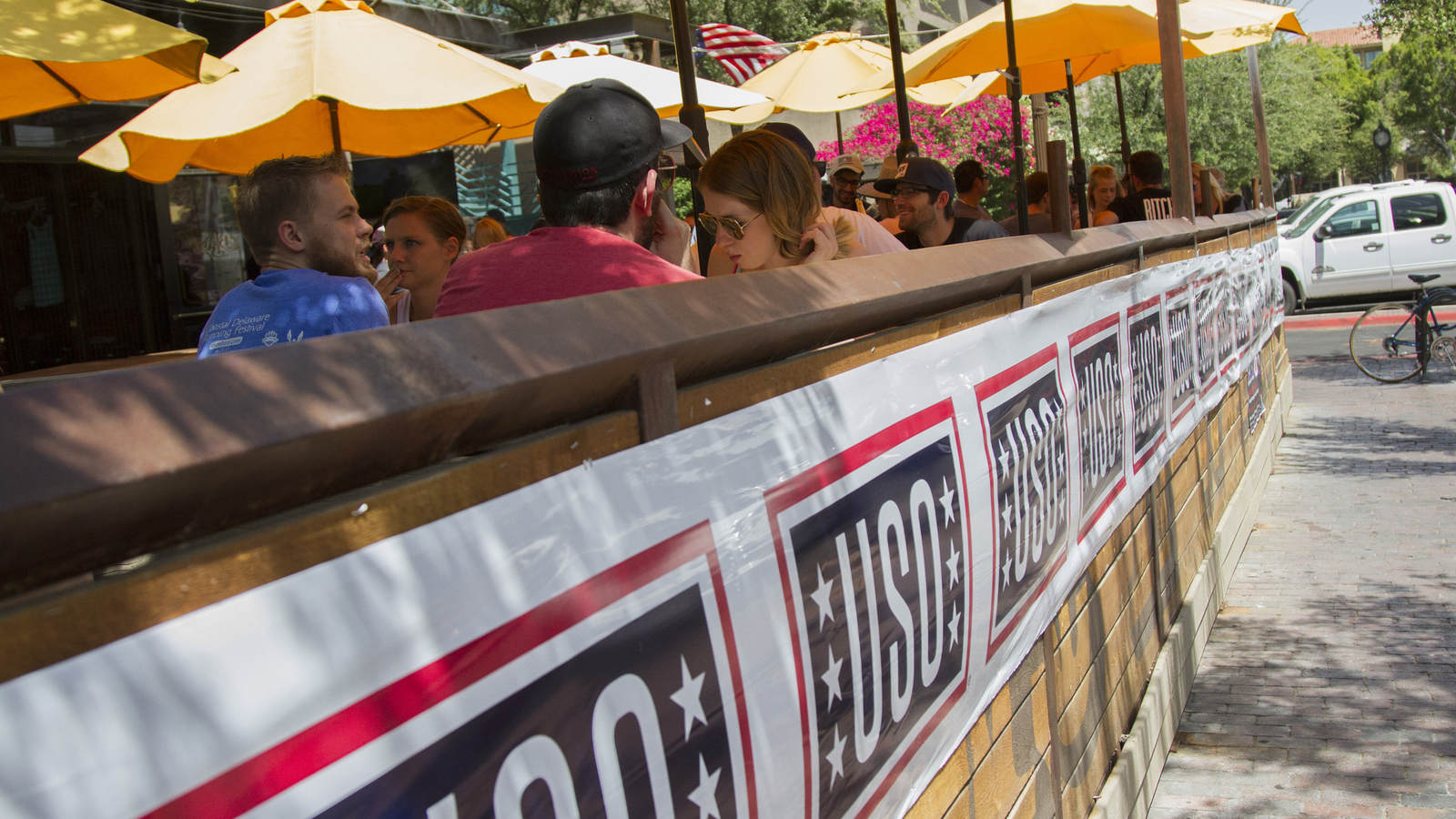 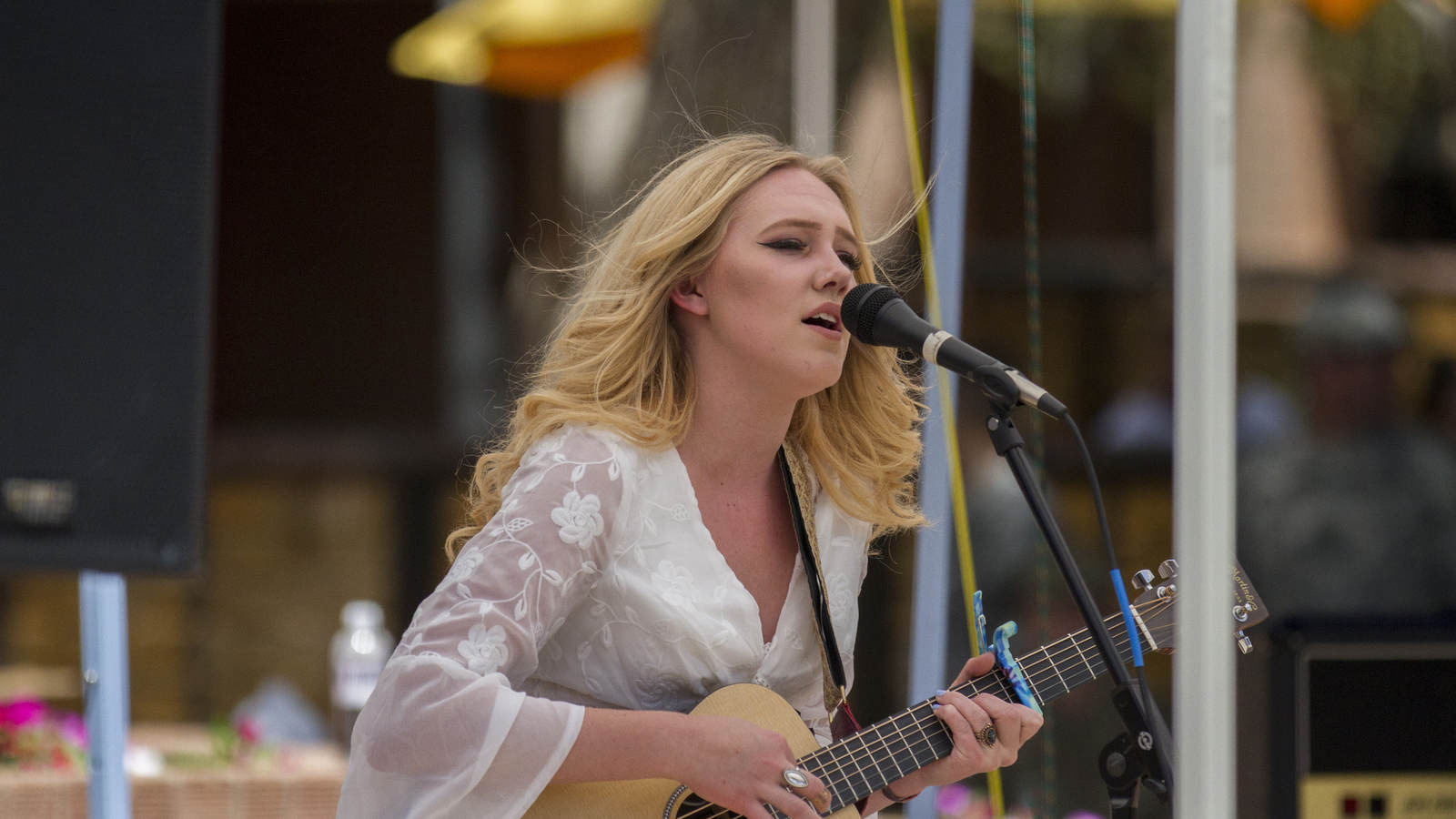 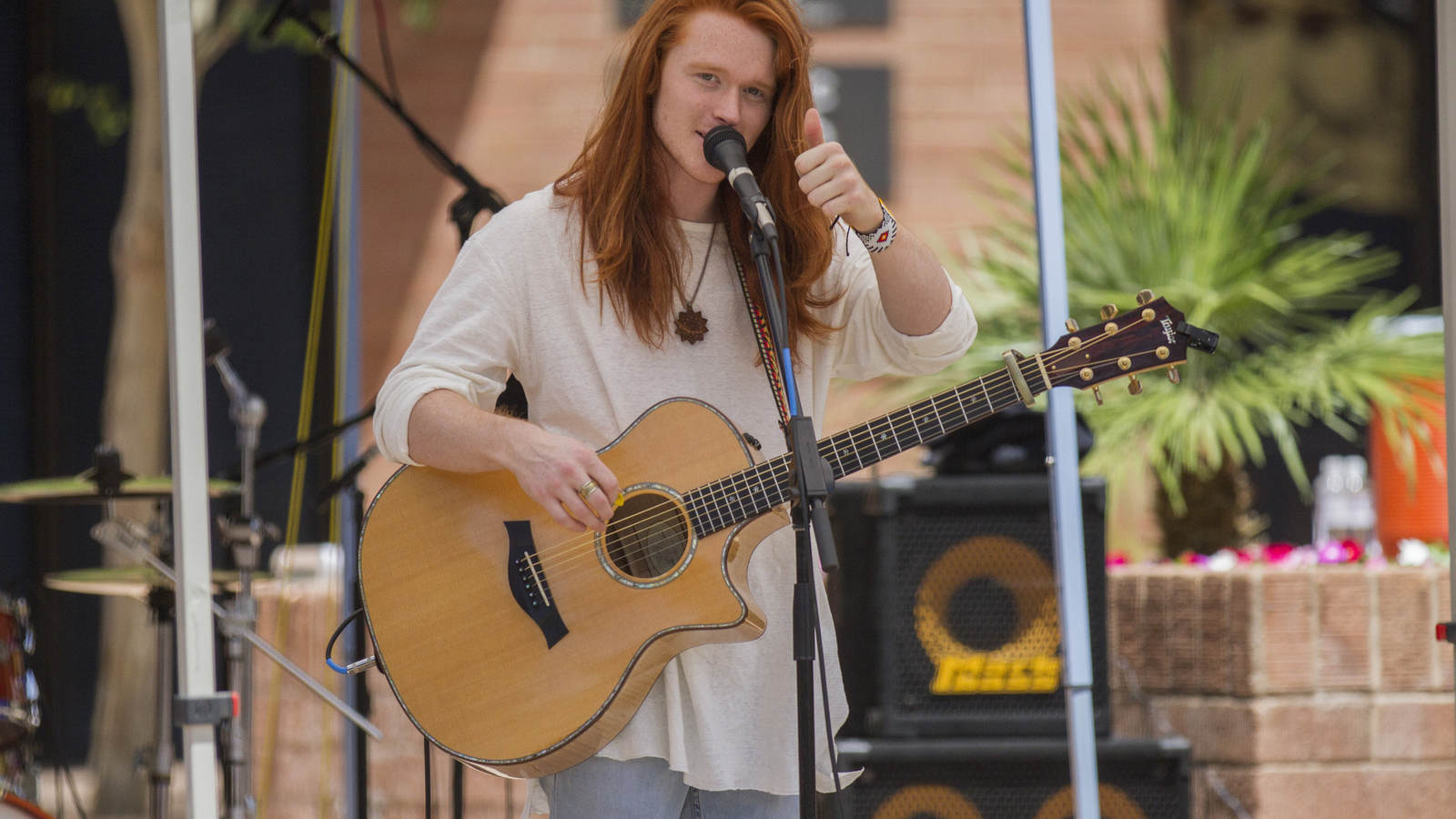 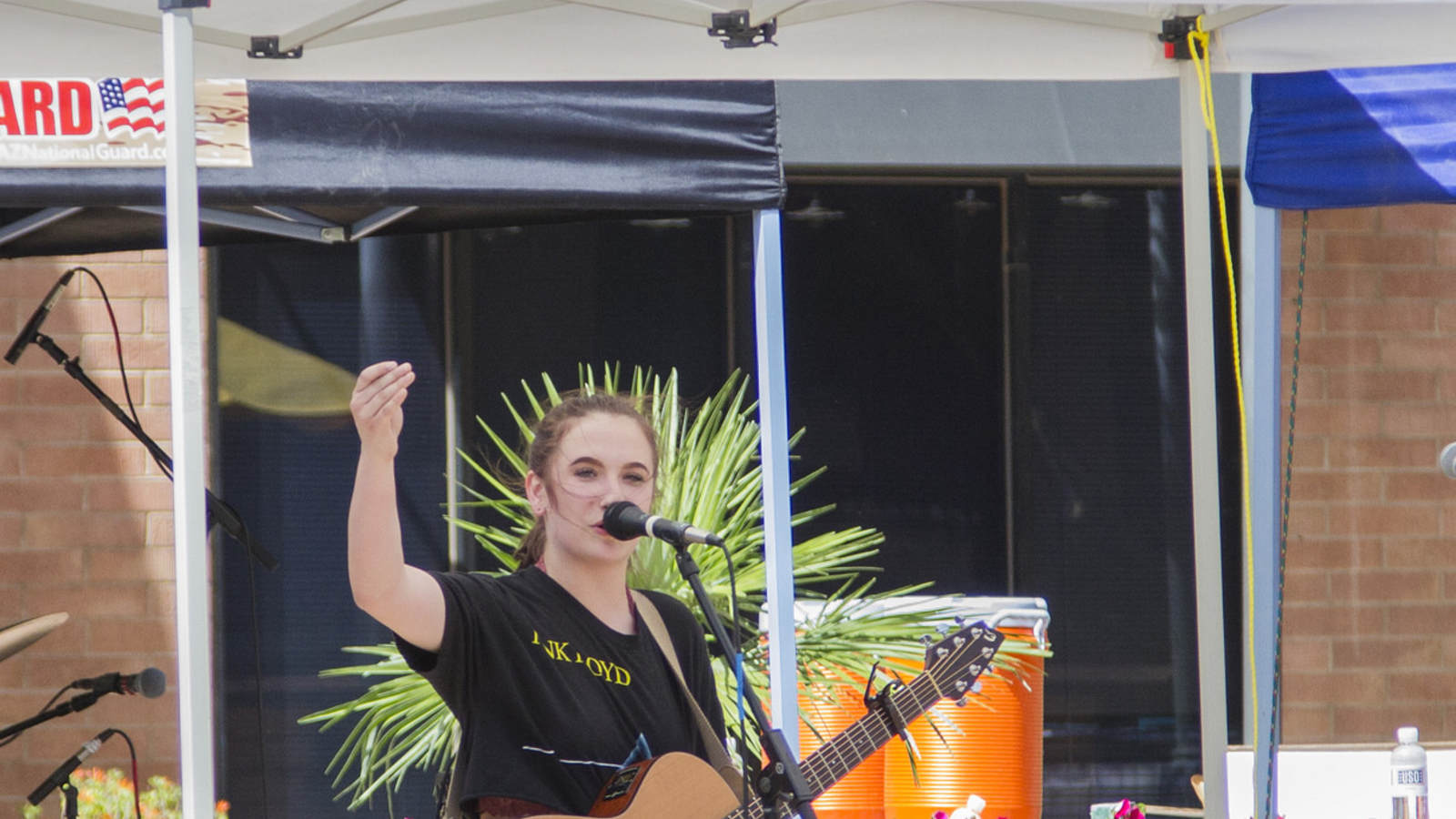 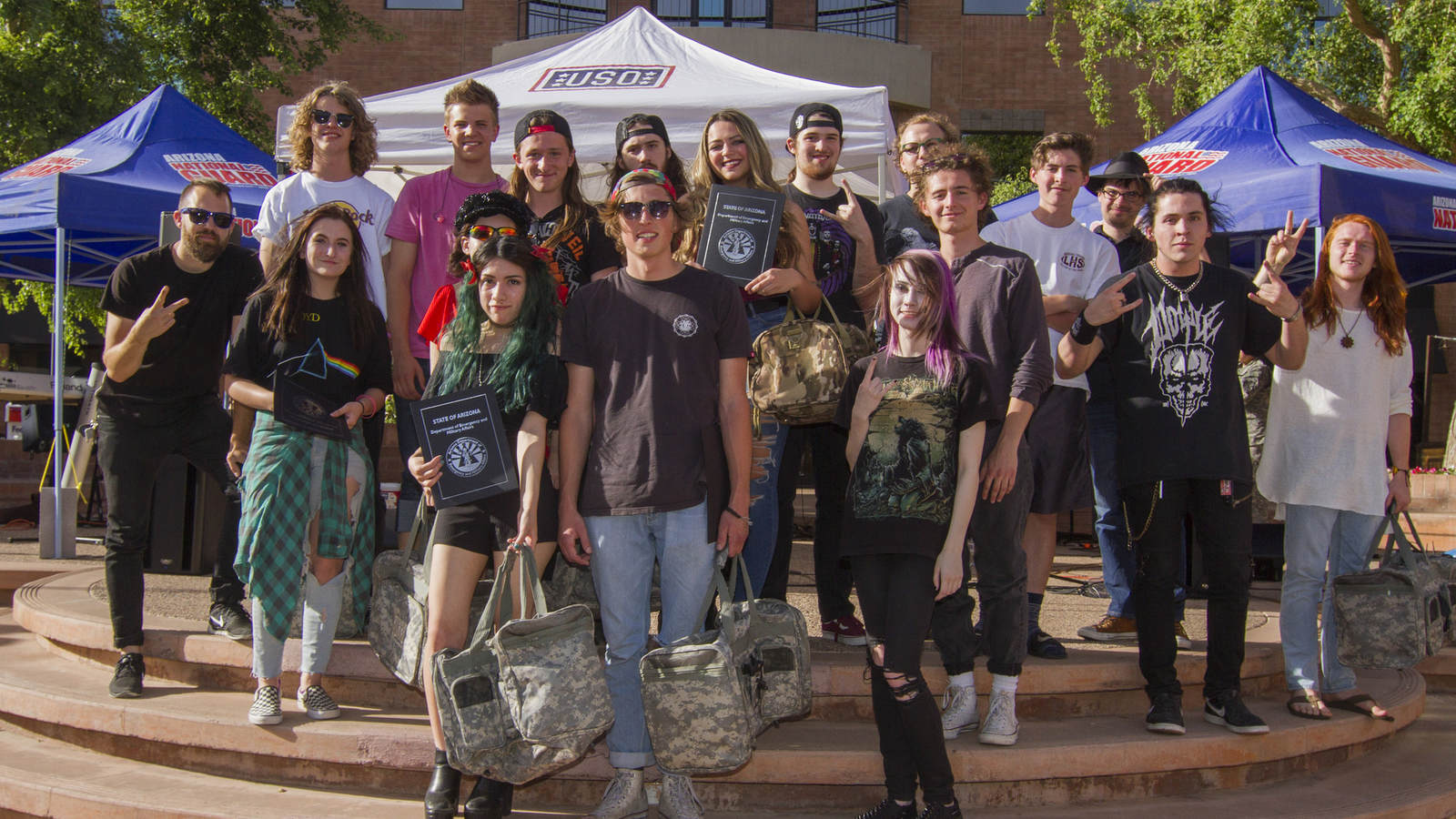 All of the performers, after the winners had been announced.

On May 6, 2017, USO Arizona hosted the inaugural Operation Rock Star event at Hayden Square in Tempe. Five bands and three soloists competed for the title of the best in the Valley, and what a show they put on! While the judges decided the winners, guests were treated to a special rock concert by the 108th Army Band.

USO volunteers passed out ice cold water, candy, and told the community about our mission: the USO strengthens America’s military service members by keeping them connect to family, home and country, throughout their service to the nation.