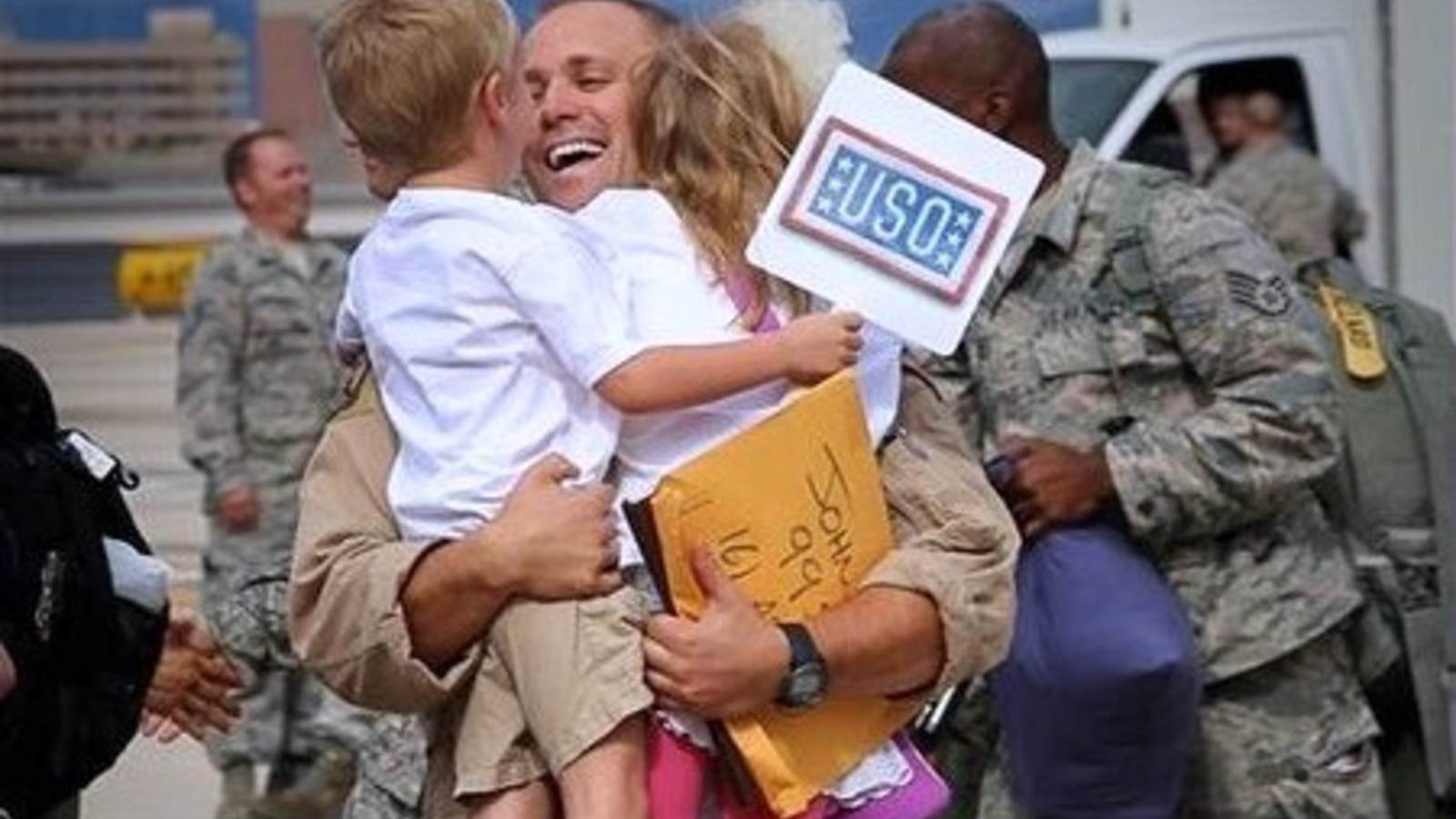 USO Arizona works to provide morale-boosting and family-strengthening programs to Soldiers, Sailors, Marines, Airmen, Coast Guardsmen and their families throughout Arizona. With over 50,000 military members calling Arizona home, plus those traveling through our state, there is a constant need for USO Arizona’s support.

With a team of over 250 volunteers and a professional staff, USO Arizona takes this valuable programming to military members and families located in various parts of our state. In 2020, USO Arizona impacted over 156,500 service members and their families!

In 2006, the City of Phoenix started the Military and Veteran’s Lounge in Terminal 2 of the Phoenix Sky Harbor International Airport. After much solicitation by city leaders, the USO agreed to take the lounge over in 2010. In 2012, the City of Phoenix Aviation Department donated and worked to refit our current space in Terminal 4, with the Grand Opening in November 2012.

USO Arizona has continued to expand its reach and impact throughout the state. By establishing relationships with all five active-duty military bases, National Guard bases, and Reserve leadership groups, USO Arizona customizes its services to each population and the needs of our diverse military populations.