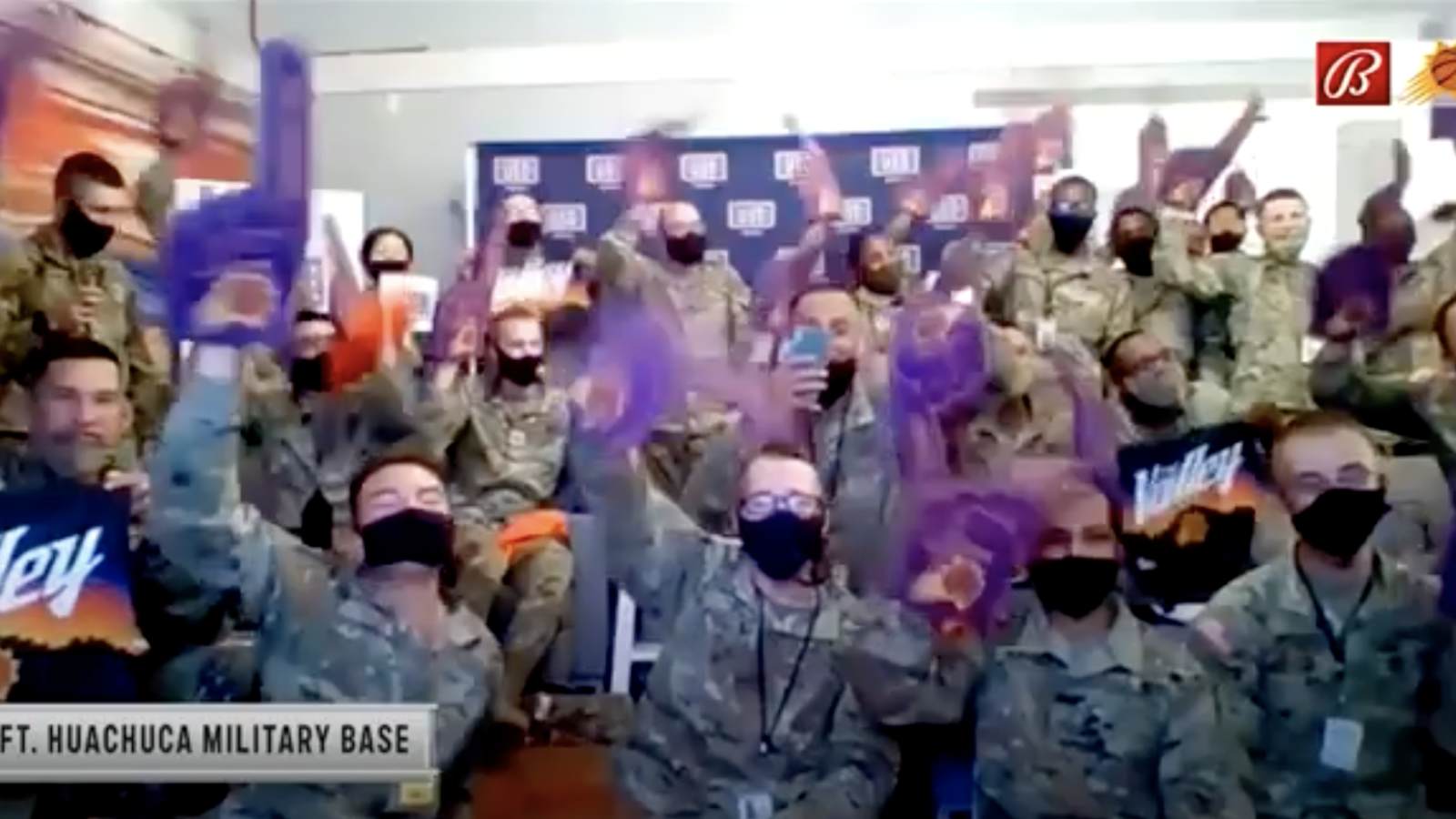 Service members from Fort Huachuca were recently in the spotlight during the Phoenix Suns game against the Portland Trail Blazers. As part of the Suns’ recognition of the armed forces during Veterans Day week, service members gathered at the USO Center on base for a watch party and earned some camera time during the team’s television broadcast.